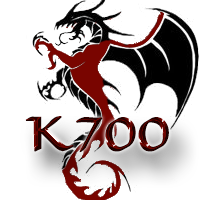 -Added wse2 launcher.
-Restored shader compatibility.
-Restored hair materials.
-Added bLoadModuleIniOptions, bLimitHairColors config options.
-Warning messages requires enabled edit mode.
This major update brings back shader compatibility and allows WSE2 to run any modules out of the box.
This update does not need to be installed in a separate folder, just install it in your warband folder, warband and WSE2 can now work from one folder.
Also added launcher from Useful_Lesbian, which simplifies the launch of mods and has function of updating wse2.
Possible performance loss compared to the old WSE2 version is related to cpu skinning. Meshes with rigging requires material with skinning shader. Meshes without rigging requires material without skinning shader. Previously, WSE2 loaded the correct version of the shader, which was one of the reasons for the incompatibility. Now you need to take care of optimizing the mod yourself.
https://forums.taleworlds.com/index.php?threads/warband-script-enhancer-2-v1-0-7-0.384882/
1

$ 5,9 per month
Go up
© 2023 MY.GAMES B.V. All rights reserved. All trademarks are the property of their respective owners.
Our blogTerms of usePrivacy policyBrandSupport