Creatures and Magic: Sparks of the source 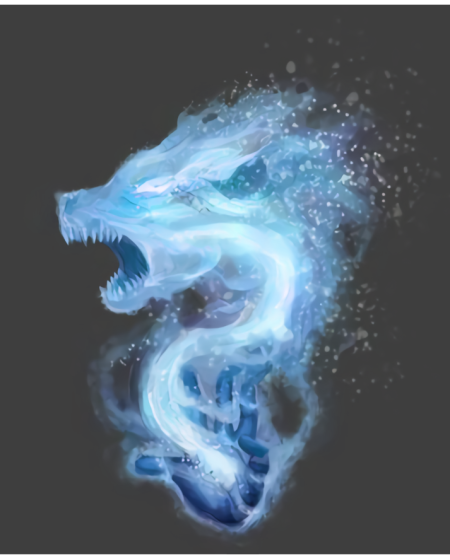 13
subscribers
goals
0 of $ 416 money raised
Assets that I have already paid for! Help to compensate for the monetary costs! Assets are very necessary for game development
0 of $ 5 198 money raised
For new PC 🐾 My work with the game depends very much on this 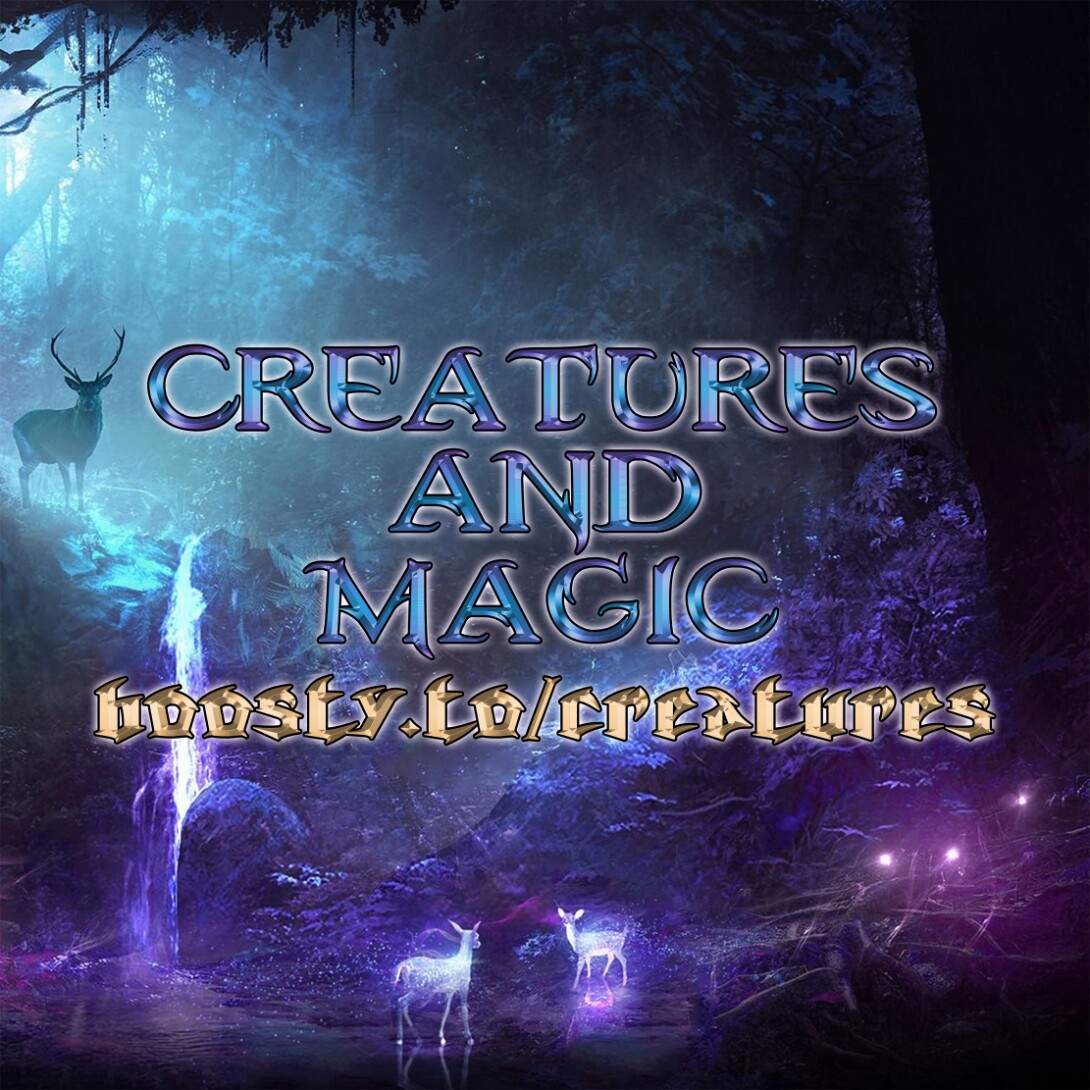 Creatures and Magic its a fairy tale, role-playing game with a big beautiful and open meditative world where you can leisurely enjoy the beauties, its an exciting story, leveling up your character and ability to tame creatures.Who did no dream about making their own game when they were a child? We are making our dream come true!
One of meanings of the game is to make friends with creatures!
In game will be a lot of them... Wolves, big cats, dragons and many different creatures that you can only imagine! Even artificial intelligence...
It will be possible to go through adventures with them, take care of them, and give them what they want!
A large number of unique magic, skills, abilities and spells...
You can combine them and create your own style of game.
Another purpose of the game is independent choice of your path!
And one of the main goal of the game is to solve the mysteries of the world!
The game will have many different worlds (flying islands)
One of the islands will be the birthplace of the main character
You will have to unravel what the world is like...
Travel between flying islands and find the history of each of them
Possible purposes in the game on your choice:
● You can be a traveler and explore worlds
● You can be a creature master and tame more of them
● You can breed animals and creatures
● You can become skilled in using special melee and ranged weapons
● You can become stronger in magic and collect a lot of rare abilities
● You can pass the main quest line and discover more!
● You can be a Demon hunter or Demon lord
● You can be a finder of adventures
Other features of the game:
● Interaction with weather and temperature of ambient and creatures
● The game is meditative! You can just enjoy the view of the environment
Playable Creature companions already in the game:
● Deer Mule
● Tiger
● DireWolf
● Lion and Lioness
● Leopard
● Raptor
● Lightning (its vehicle and companion with artificial intelligence)
● Raven (as an additional ability)
● Lightwing little Dragon
● Owl
Enemy Creatures:
● Draconids (Lord of the Demons and Dark forces)
● Twilight Wolf (Demon)
● Demon Scout
● Sneak Pupae (Alien)
● Evil Eye (Demon)
● Werewolf
● Skeleton Warrior (Undead)
Neutral Creatures:
● Forest Spider
● Hermit Crab
● Rat
● Shrieking Shroom
● Alien Rabbit
Spells and abilities already in the game:
● Enigma Vortex
● Astral Bolt
● Vampirism
● Astral Arrows
● Katon: Fire Ball
● Rasengan (4 Levels)
● Aura: Beast Cloak
● Aura: Green Defence
● Aura: Claws
● Summon Creature
● Creature Actions
● Chidori
● Dojutsu (Sharingan, Mangekyu, Rinnegan, Amaterasu, Susanoo)
● Summon Raven Scout
● Gudoudama
● Lightning Balls
● Shocking Grasp
● Fire Bolt
● Fire Ball
● Acid Bolt
● Sage Mode: Power Up
● Lifeforce Injection
● Ice Stream
● Ice Comet
● Ice Bolt
● Animation Emotions
● Emoji Smiles
● Wind Bolt
● Elemental Sword (Water, Fire, Wind, Lightning, Shadow)
● Astral Shield
● Lightning
● Astral Chakram
● Shadow Bolt
● Howl Of Death
FeedMedia
Available to everyone
Jan 20 22:56
The first screenshot of this idea!
Right now I'm working on a katana weapon (Sasuke style) and chidori! I still need to do some animations! Here is the first screenshot of what came out 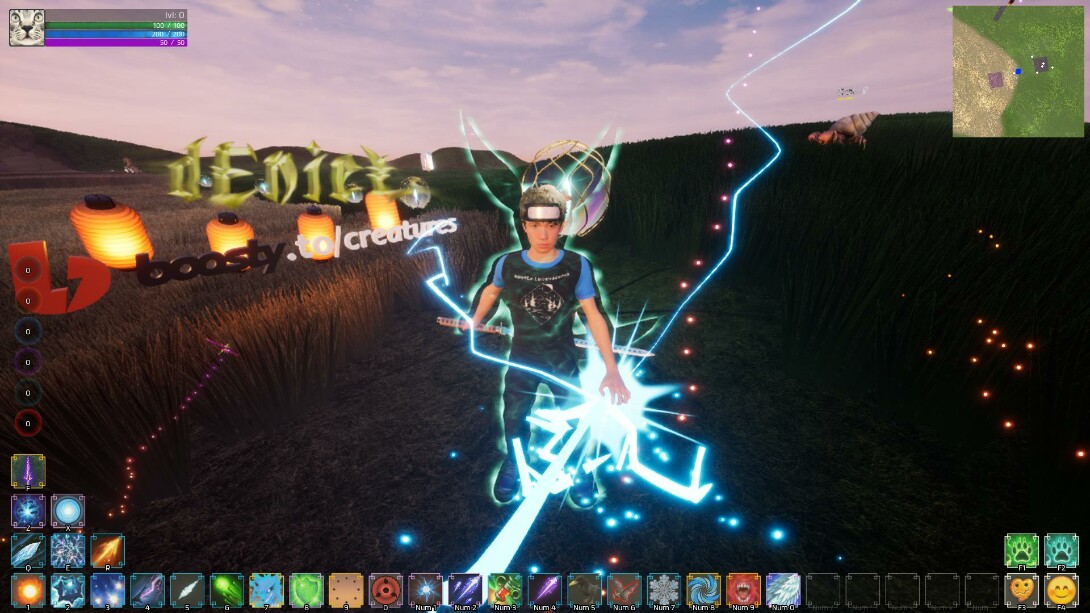 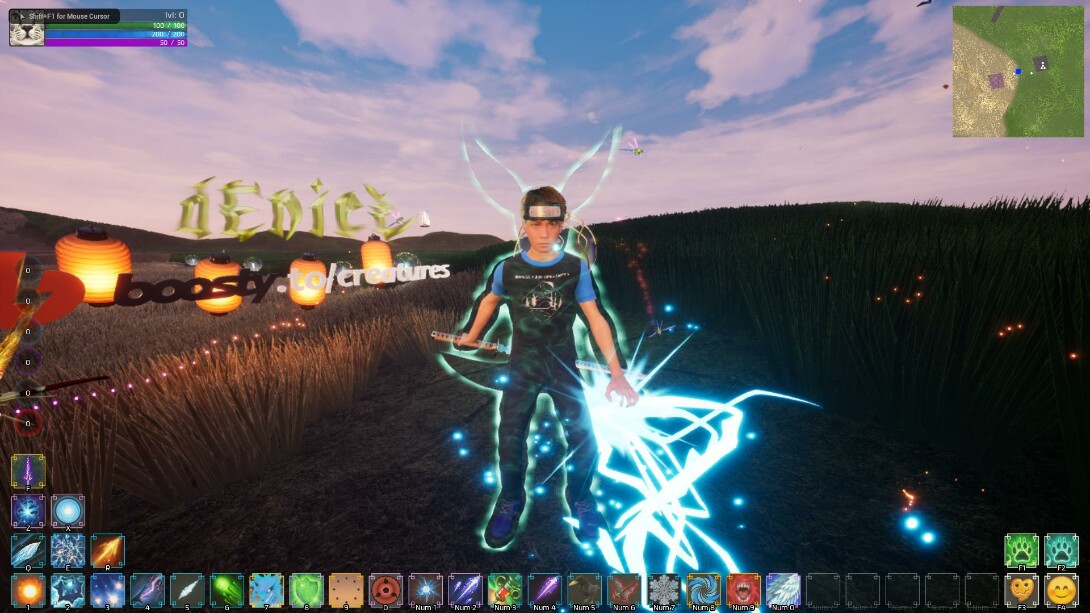 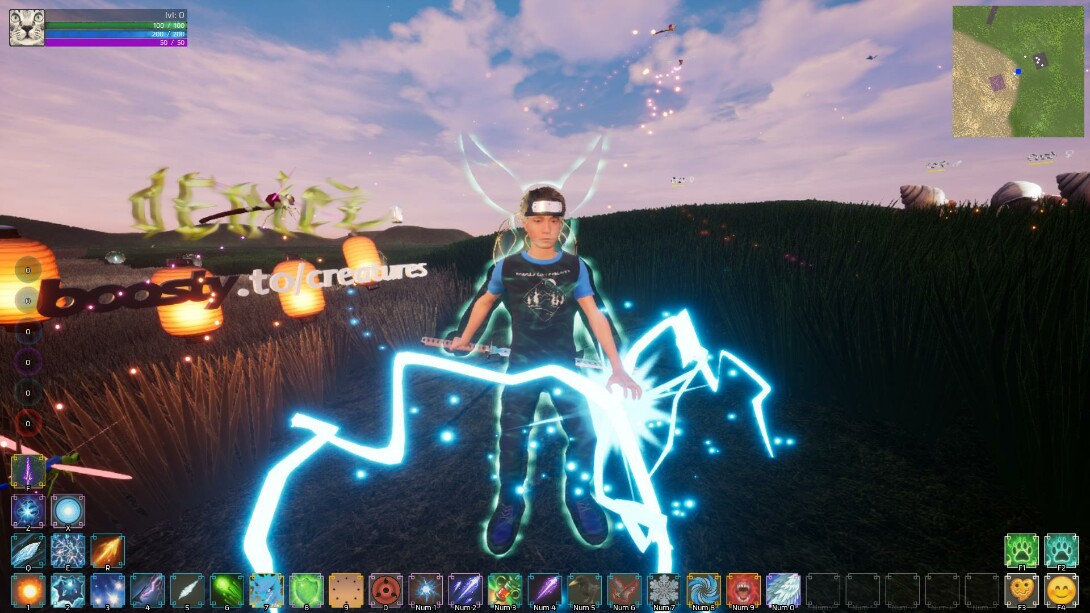 My reference was this drawing with Sasuke 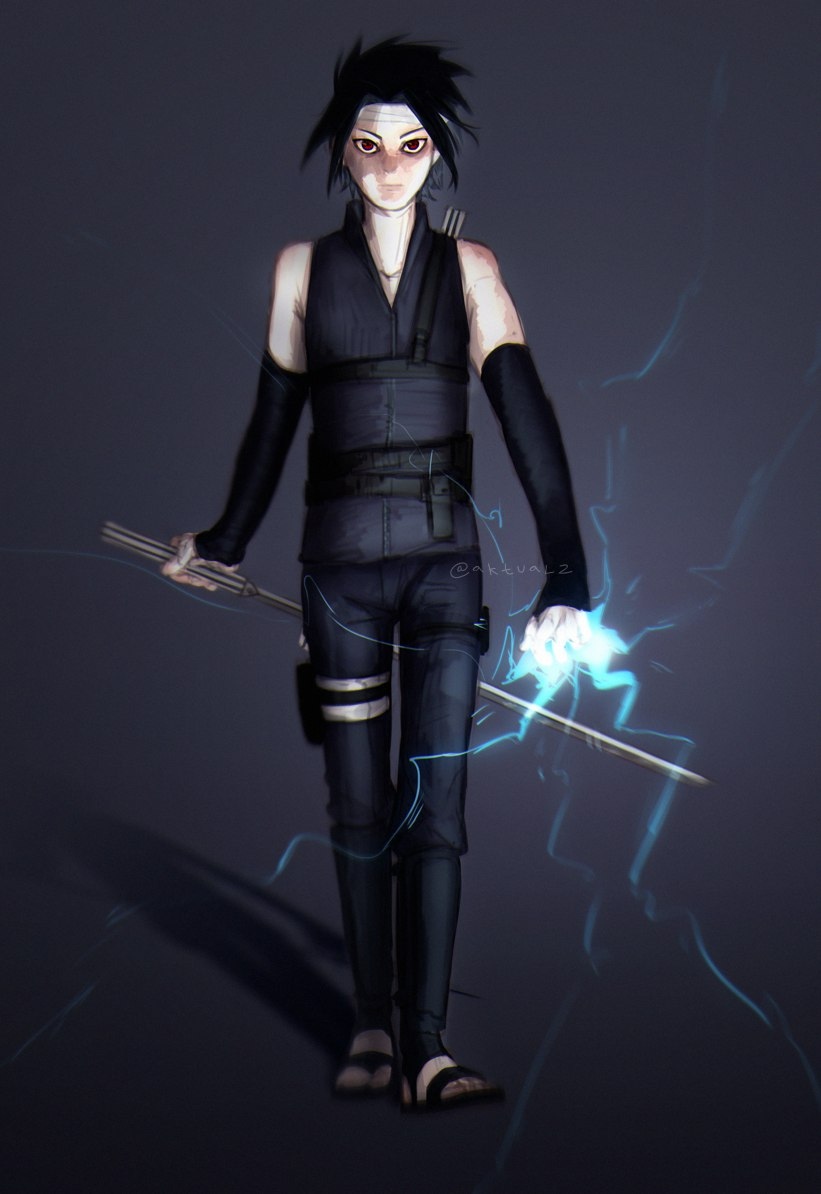 0
Log in, to post comments
Available to everyone
Jan 12 01:10
Working on new ability - Angel Wings!
This allows to create most spells in double, i.e. in two hands... For example, the double Lightning Elemental Sword or double Rasengan or double Fireball :) 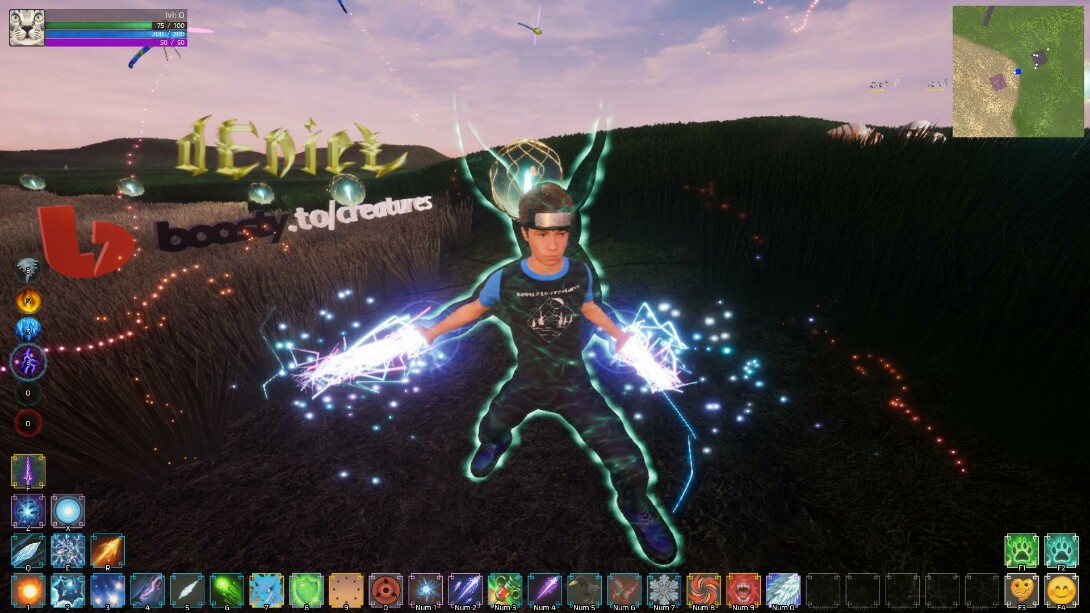 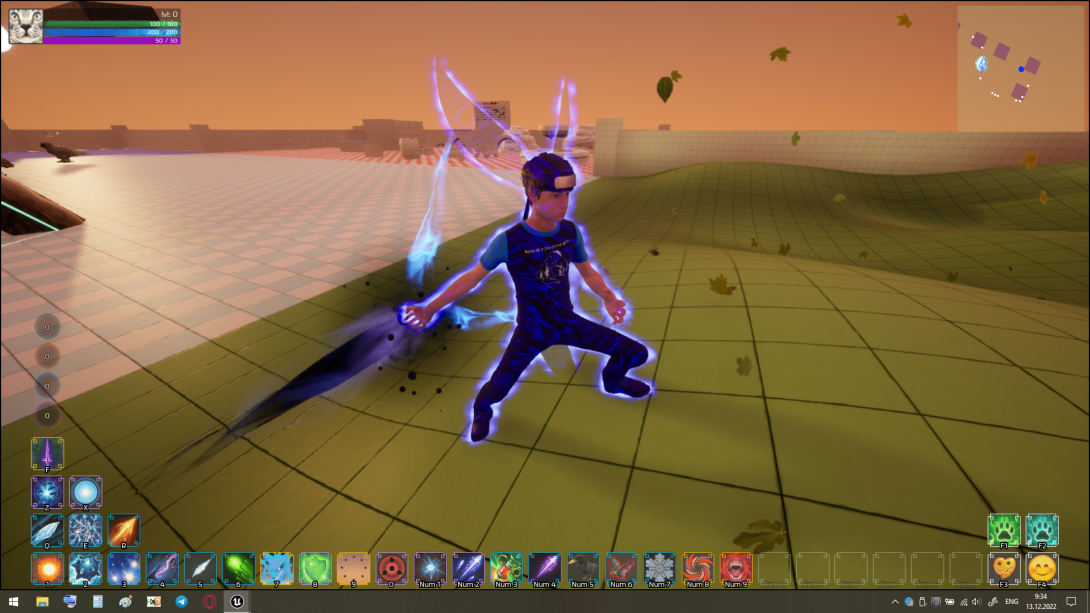 0
1
1
Log in, to post comments
Available to everyone
Nov 28 2022 14:56
Just working on spell lightning and elemental sword 😊
I like to work out small details... I have been trying to achieve this kind of lightning for a long time 😊 I sharpen every detail like this, even over the smallest details I can fumble for a long time, so that in the end everything together looks gorgeous 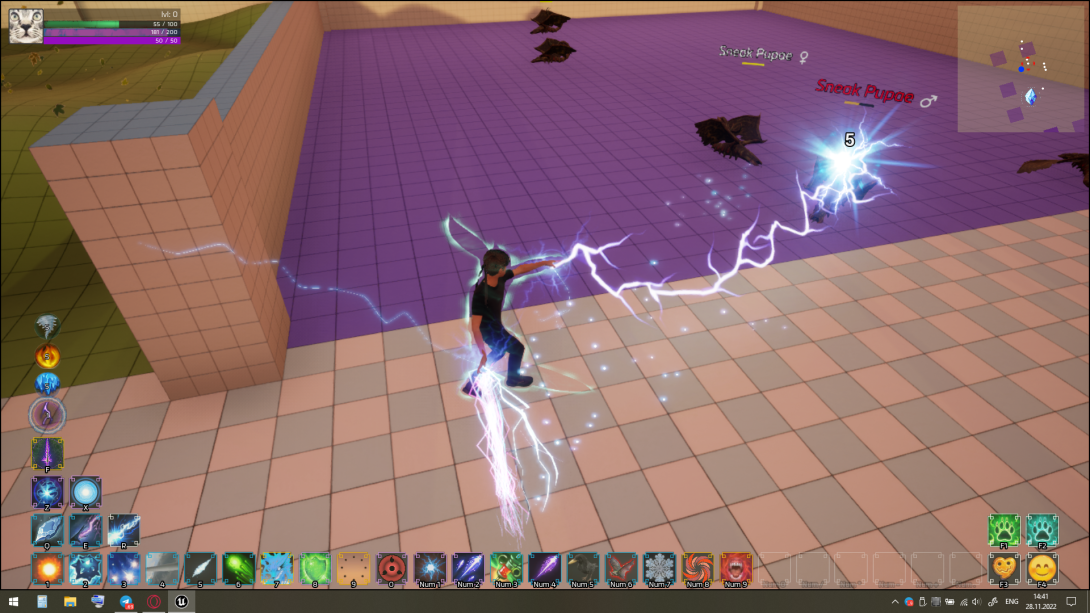 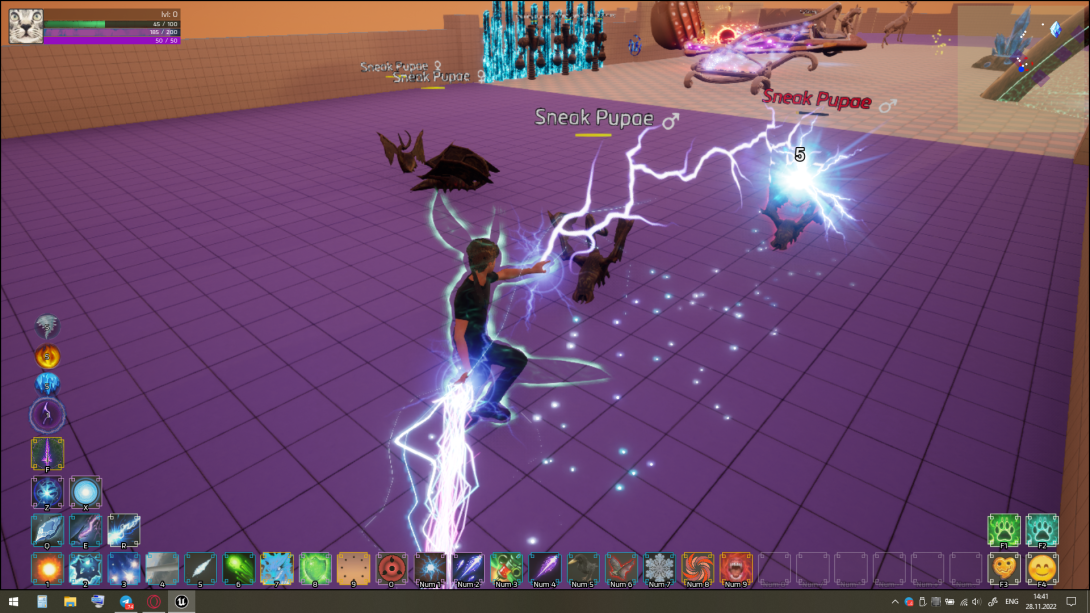 0
1
1
Log in, to post comments
Available to everyone
Nov 22 2022 01:02
Ice bolt and comet, Elemental Sword, Gudoudama Orbs
I did that the character can cast elemental blots when the sword is in his right hand, I also did that the blots have the initial state of the orb (when in the hand), and in the activated state it is already an arrow. And character can move these orbs behind the character's back and it's like spare orbs that can be summoned at any time and launch an arrow of ice.. When you launch an elemental arrow, it gives points to the elements (there are only 5 of them) and with each swing of the sword of the element, one point is spent, and when they are 0, then the sword disappears... And then there is the interdependence of the arrows and the sword of the elements.. Ice magic also has, in addition to the ice bolt, an ice meteorite, only unlike the bolts of the elements, the meteorite consumes the points of the elements! So choose what you like best!
Creatures and Magic: Sparks of the source its a role-playing game with a beautiful world, a good story, leveling up your character, the ability to tame animals, and control them, including playing for them :)
A large number of unique skills, abilities and spells. You can combine them and create your own style of game.
Game has a story! But I'm not ready to tell you yet. The goal is an adventure, a journey between worlds, solving the mysteries of the world... And growth in experience and abilities
0
1
1
Log in, to post comments
Available to everyone
Nov 19 2022 22:28
Just the first sketches of combining the elemental sword with other abilities in the left hand 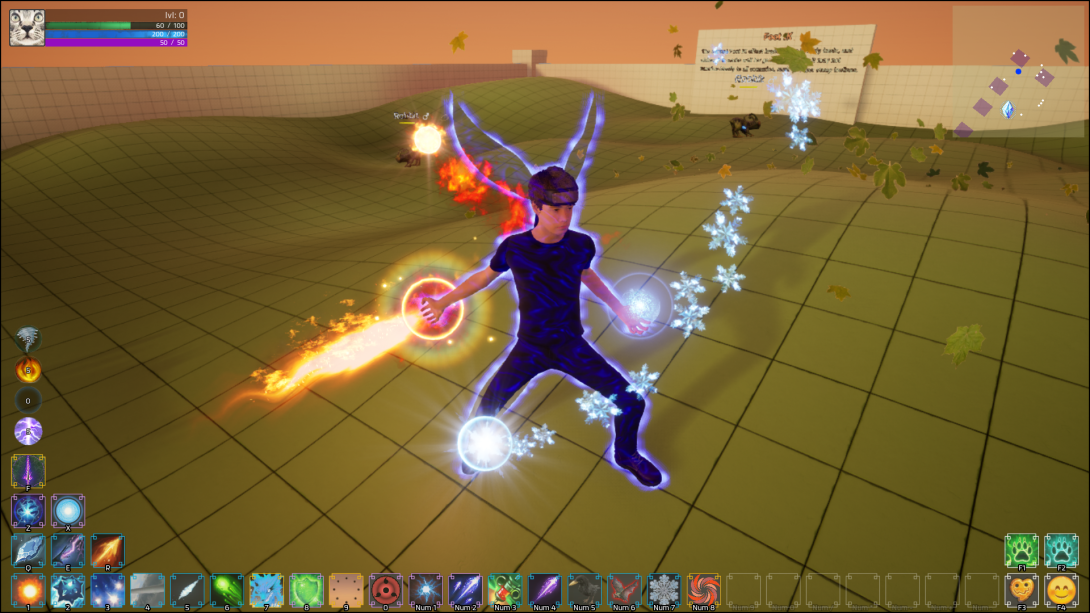 It will be nice

$ 179 per month
Go up
© 2023 MY.GAMES B.V. All rights reserved. All trademarks are the property of their respective owners.
Our blogTerms of usePrivacy policyBrandSupport