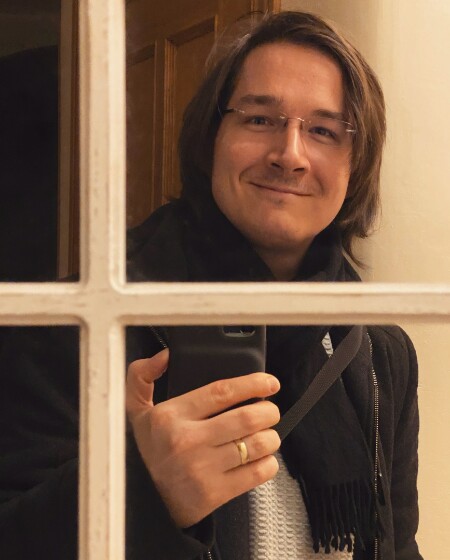 For the last 5 years, I've been recording quality guitar lessons mainly on Mark Knopfler's songs. But a lot of miscellaneous stuff, too. I try to make the best videos that I can and describe it as "to record in Full HD, I must play in Full HD". My goal is to create the absolute best guitar lessons for the songs of Mark Knopfler. I'm not so sure about other artists, but for MK, I always do my best.
Mark Knopfler Songbook website: https://mksongbook.com
DonationAlerts: https://www.donationalerts.com/r/pavelfomenkov
If you want a custom tier, drop me an email. My electronic mail: fffoma@gmail.com
FeedMedia
For subscribers only
Dec 16 2022 15:30
Boosty
Level required:
100 RUB Tier
0
Available to everyone
Dec 06 2022 21:31
Thank you
Thank you all for watching the Sultans Of Swing live stream. I made a mistake and announced the stream in GMT time, but started it at my local time, I’m really sorry for that, I’m not used to international time yet. And since I resurrected my Patreon and started teaching, I think it would be also fair to announce, that all my $25 patrons will have an opportunity to get one personal guitar Q&A session in a month. If you’re supporting me on Patreon and want a guitar lesson every now and then, we can arrange a call. For generous supporters in the past, we can also think about something. You know how to reach me. Pavel.
0
Log in, to post comments
Available to everyone
Dec 04 2022 22:46
Sultans Of Swing Q&A / Channel Update / I Finally Started Teaching
I'm going live tomorrow at approx. 09:00 p.m. GMT. I'll answer your questions about the studio version of Sultans Of Swing by Dire Straits, questions about my version of the guitar part from this song, and give an update on my plans, life, and music teaching work which I finally started doing. Pavel.
P.S. Today is the 15th anniversary of my YouTube channel. I registered there quite early but never uploaded regularly until the end of 2016, so technically it’s only 6 years old.
0
Log in, to post comments
Available to everyone
Nov 01 2022 16:47
Hi from Turkey!
Hey people, I'm in Turkey and plan to continue uploading guitar videos, starting very soon. I'm working on some of the MK solos as the only guitar I have with me is a Squier Strat. But I finally can do something again. Traveling from Russia took an enormous amount of resources, so every bit helps. I'll do my best to deliver new guitar content! Pavel.
3
DAY JOB Tucson
Do you have the tab/chords for Latest Trick?? I see the YouTube but wonder if you have a tab of it??
Nov 04 2022 21:51

Pavel Fomenkov
DAY JOB Tucson, I can do it! Will get back here later.
Nov 05 2022 01:12
ErnieSalmi
Very good news that you found refuge in Turkey. I learned 'Postcards from Paraguay', and other songs from you. I am working on the lead of 'Stretching Out | Mark Knopfler Cover | Cheap Guitars' from the YouTube video. You make those cheap Mini Squires sound great. I'm subscribed. Thank you.
Dec 04 2022 20:14
1

1
Log in, to post comments
Available to everyone
Jul 29 2022 17:14
What A Wonderful World by Chris Botti & Mark Knopfler is a masterpiece of arrangement
I had so much to say about Mark’s wonderful version of “What A Wonderful World”, that made a 25-minute video about it. And I wanted to do this video for years. Hopefully, that’s not too tedious for my viewers, but to everyone who will watch the whole thing — thank you, I really mean that. Pavel.
0
Log in, to post comments
Available to everyone
Jul 18 2022 17:41
Another solo breakdown, this time — “You And Your Friend” from On The Night live DVD. On the surface, it seems like a simple blues, but the classic Knopfler touch makes it so hard to play right. Especially the “crying” parts, where Mark uses the volume pedal to turn the guitar into a second voice. But either way, I tried my best to explain what is happening in this solo. It’s only the 4th solo I’ve discussed so far, but already it’s too much fun! Pavel.
0
Log in, to post comments
Available to everyone
Jul 10 2022 20:16
“Seattle” is song #85 in MKSB. Not an advanced song, at last! “Seattle” is a great slow ballad that grows on you, one may not appreciate it after first listen. But once you get in a certain mood and it starts to resonate with you, it feels so good to play it. Not the most popular song in Mark’s catalog, but it deserves to be on my list. As with any other MK song, haha. I hope you enjoy it and thanks for watching! Pavel.
0
Log in, to post comments
Available to everyone
Jul 07 2022 09:48
Update
Thanks to your support, I'm able to continue working on my channel. A week ago, I held my first proper live stream ever and it was a blast. I loved it! I plan to do more of these because I have A LOT to say, as always. Building a live set-up set me back a couple of thousand dollars and took a couple of weeks, but I think it was worth it. So not only do I have now my usual MKSB videos, but also solo breakdowns, and live streams, and I want to do custom videos too. And probably even private lessons, why not? So finally, I'm going to give you back what you've donated over the years. I'm working more than ever, so hopefully, I'll be able to upload more regularly, though it never was my strength. Quality over quantity, love over gold! All I need to do is to keep working. Pavel.
P.S. In the live stream, somebody mentioned sending me a Diamond slide that Mark Knopfler himself plays. That would be a genuine honor for me. We can discuss that in my email, for any questions mail me at fffoma@gmail.com | For donations, you can use https://www.donationalerts.com/r/pavelfomenkov
mksb
0
Log in, to post comments
Available to everyone
Jun 08 2022 18:39
Brothers In Arms | MK Solo Breakdown | On The Night Version | TAB
New video: “Brothers In Arms” — On The Night solos. After the recording, as always, I noticed a plethora of mistakes, from microscopic to big ones. The biggest mistake I made is thinking that the last fast run is exactly the same as the run Mark played before, but it is not. And the funny thing is, I actually tabbed it out how it was supposed to sound, but still played it wrong. Now, here’s my take on it. You can spend a million years transcribing just one solo, and will eventually play it right, probably, but if you’re not going forward, you’ll never have time to do anything else. Should I feel bad for this big mistake? No, I don’t think so. I fear not the man who has learned one solo 10,000 times, but I fear the man who has learned 10,000 solos. I will make mistakes because I’m a human being and not a robot. I don’t want to re-record my videos because of little greenies like that because you take one mistake out and another one immediately appears from somewhere else. That’s why I hesitated to record solos for so long. Not only because I don’t have enough equipment, but because it’s so hard to master and there is a lot more character that’s going on compared to playing rhythm. It’s not how learning solos should work anyway. All, and I mean — all your guitar heroes never learn complete solos, ever. They steal little bits that they like and apply them in their own playing. So these solos videos are for “entertainment purposes only”, don’t take them too seriously, and learn from my mistakes as well, not only from my playing. We are brothers in arms. Pavel.

P.S. I’m actually partly right because that fast run is really VERY similar to another fast run, the difference is a matter of a couple of notes. The problem is that it’s not the same. But, it’s another testament to Mark Knopfler’s virtuosity, he never plays the same thing twice as any good improviser should.
0
Log in, to post comments
Available to everyone
May 31 2022 17:05
Now it’s the rhythm guitar part of “Speedway At Nazareth”. You know if your favorite MK song doesn’t appear on my channel is either because I still never tried to play it, or I played it and was astonished by its complexity. I wanted to do Speedway for a long time but always put it away. Now, having covered the solo part, I figured why not discuss the rhythm now. The stars must’ve aligned, lols. It’s a hard part, but also very “approachable” as well. There are levels and levels you can go deeper and deeper with this song. Starting with just outlining the chords, which is already a big endeavor since there are so many chords and variations, around 20 shapes and voicings. Then it’s strumming, starting with simple two beats strumming, then a more complex strumming, then picking. Then combining picking and strumming. Then learning the solo. I mean, it’s the whole world on its own, and with two videos, clocking in at 30+ minutes, I only started to, attempted to figure it out. It’s an iceberg! But don’t be the Titanic. Pavel.
0
Log in, to post comments

$ 146 per month
Go up
© 2023 MY.GAMES B.V. All rights reserved. All trademarks are the property of their respective owners.
Our blogTerms of usePrivacy policyBrandSupport