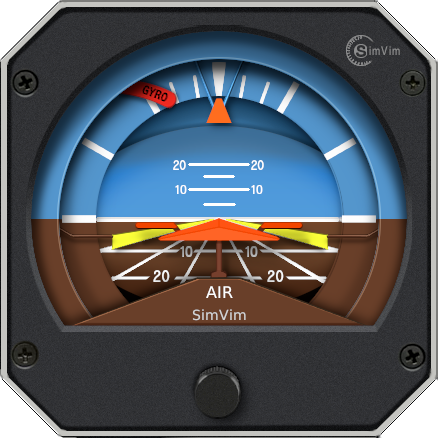 90
subscribers
goals
71 of 100 paid subscribers
Will go on to create B738 and A320 modules for SimVimPanel with all DUs and backup instruments. MCP can be included as an on-screen option.
Available to everyone
Jan 09 17:54

Since the beginning of the project, custom aircraft models often required a different approach to input processing than the default ones in X-Plane. They often use a pair of Up/Down commands or even a single command for things such as multi-position switches, that, while convenient for "clicks" on the virtual panel, present a problem when it is needed to synchronize the simulator's controls states with the current positions of physical switches.
While basic support for such custom switches was implemented in the plugin long ago, some updates were still adding new features for more unusual cases of custom controls.
This is one of such updates, implementing better support for converted 3-position and multi-position switches with Up/Down commands in the specific case when their reference datarefs are animated, changing gradually over time.
The plugin now implements delayed command calls and position checking for such inputs, so they will now be positioned correctly on initial connection or after a fast change by the user.
On another topic, I've added online version checking into the plugin, so it will now automatically notify you when a new version of the plugin or database file is available for download.
Download the new version here.
See the full changelog here.
plugin
conversion
9
1
Show other comments

SimVimX
Hi Curt. As a subscriber, you're welcome to join the Discord channel linked to this blog if you have questions.
SimVimPanel is not a constructor program, and works with pre-made panel modules (the whole panel can be scaled or moved, though). You can see the list of currently available modules here: https://simvim.com/svp_mods.html
New modules are gradually being developed, and I can quickly make custom variants with modified gauge positions or replace gauges with different ones on request, if needed.
- Roman
Jan 16 18:20

Curt Wallis
Thank you for your response. I will start gearing my project towards a ready made panel. Thank you
Jan 17 04:26

Phil72
Hello Roman,
Thank you for jour fantastic job !
I am just a little bit lost with the different channels of communication : I have created a Discord account but I can't find a way to join the chat whether from here or from Discord app which is asking for a code to connect to simvim ??
I have posted a question relative to combo radio (problem with ACT switch thast does not work) on simvim site but is it the good place ?
Have a nice day
Philippe
Jan 17 12:59
Log in, to post comments

750 ₽ per month
+ chat
The subscription level includes access to a private chat in Discord
© 2022 My.com B.V. All rights reserved. All trademarks are the property of their respective owners.
Our blogTerms of usePrivacy policyBrandSupport
EN